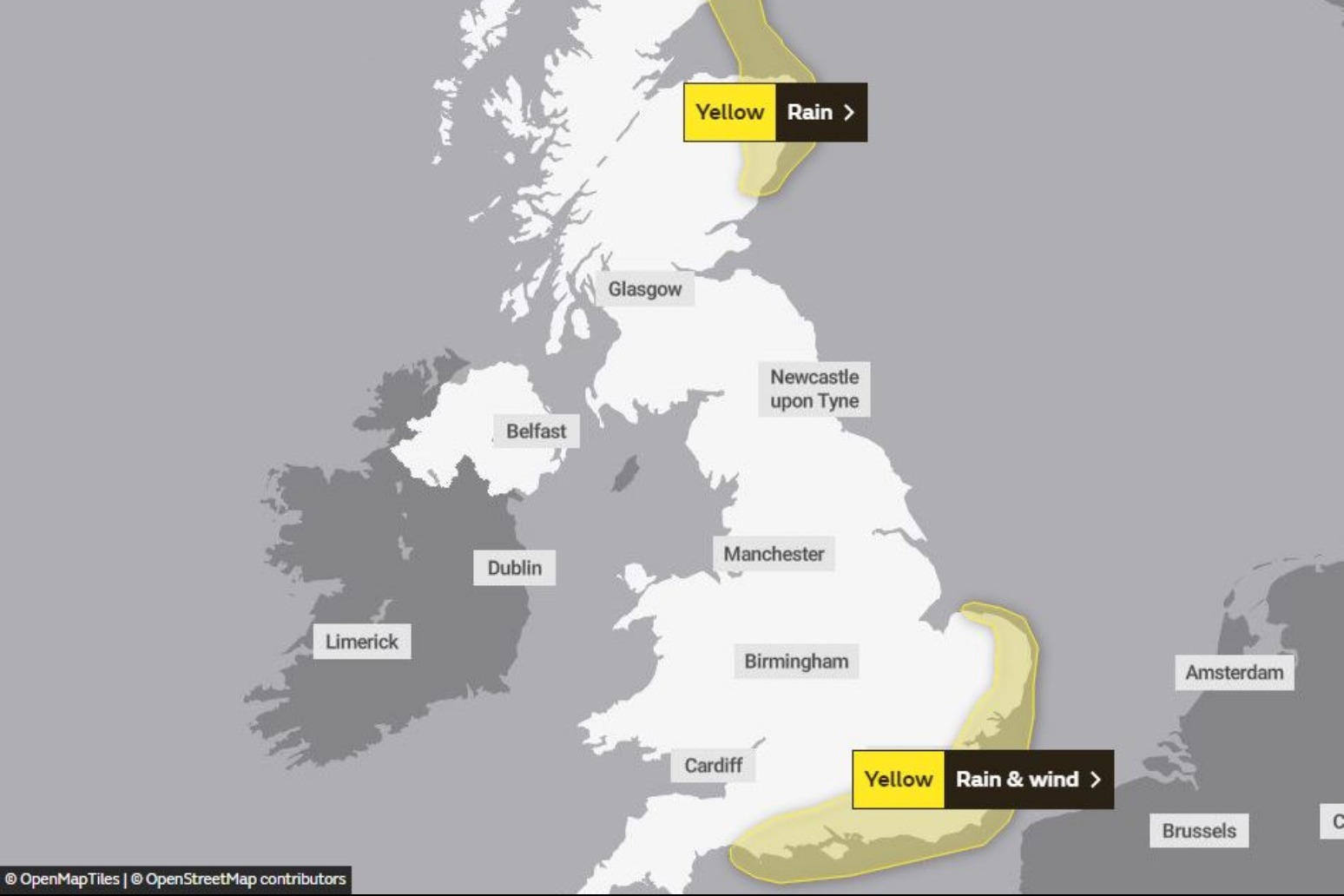 Heavy rain and strong winds could bring flooding, travel disruption and power outages to parts of England and Scotland over the weekend.

The Met Office has issued yellow weather warnings for the east and south of England and the north east of Scotland, over Aberdeenshire, Orkney and Shetland.

Wind speeds are expected to reach as high as 70mph in some parts, combined with 30-40mm of rain.

A Met Office spokesperson said: “60-70mph gusts would be enough to cause some problems, delays to transport, some short loss of power possible, could be some spray on the coasts.

“Certainly for north east Scotland the winds are stronger, there’s more chance there of some branches coming off trees, if people have things out in the garden then bits will be blown around, but not quite enough to cause real structural damage.

Strong winds and heavy rain are forecast for some coastal areas on Saturday, affecting East Anglia, Essex, Kent, and the south coast over the Isle of Wight and as far west as Lyme Regis, from 1pm until 10pm.

Gusts are predicted to reach 52mph on the Isle of Wight, 43mph in Norwich and 56mph in Ramsgate.

The Met Office is warning of some delays to road, rail, air and ferry services, delays for high-sided vehicles on exposed routes and bridges, power outages, and high waves and spray in coastal areas.

Meanwhile, heavy downpours are forecast over Orkney and Shetland from 4pm Saturday until 6am on Sunday, bringing some localised flooding and disruption to transport services.

Strong winds are expected over north Aberdeenshire and up to Orkney and Shetland from midnight on Saturday to 3pm on Sunday.

The Met Office is warning some flooding to businesses and homes is “likely”, along with transport delays and possible short-term loss of power and other services.

It is also likely that some exposed routes, sea fronts and coastal communities will be affected by spray and large waves.

The wind and rain may not be over after Sunday evening as the Met Office is predicting the possibility of more adverse conditions early next week.

The spokesperson added: “Certainly for England and Wales, Monday night and Tuesday morning there could be another spell of wet and windy weather.” 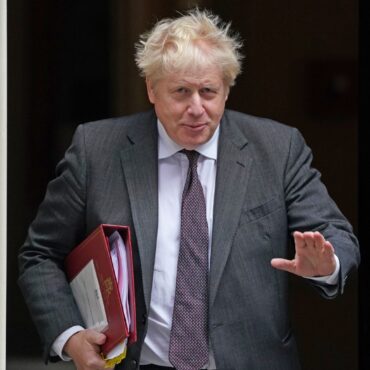 Boris Johnson says it is “infuriating” that cases involving violence against women and girls are not being taken seriously enough by police and take too long to process through the criminal justice system. The Prime Minister also said too many women are “finding their lives lost to this system” while waiting and hoping for their cases to be taken seriously. Mr Johnson made his comments after talks with Metropolitan Police […]