It has been confirmed that Lowestoft will host an International Smack Race this summer.

Taking place off the Lowestoft coast on 30th July, the event will also help mark the 100th year of the town’s very own sailing vessel – Excelsior.

A two day festival is planned on the South Pier – with around 25 sailing vessels expected to take part in the race itself.

So then it will be on Saturday July 30th the waters off Lowestoft Ness that will be festooned with the red sails of traditionally rigged sailing smacks, as The Excelsior Trust hosts an international Smack Race. Postponed from last year, this one-off event will be staged to celebrate the centenary of Lowestoft’s own 77ft sailing vessel Excelsior LT472, an icon of the town’s national fishing heritage.

The organisers are expecting up to 25 traditional vessels in Lowestoft, including the 78ft Boy Leslie from Norway and the 68ft Swan from The Faroe Islands. We are also very proud to announce the 70ft 1st Class Essex Oyster Smack Pioneer will be racing, the last of the large Essex Smacks to survive.

Traditionally a Smack Race would have been held annually in Lowestoft in the late 1800s when Lowestoft was a fishing boom-town. But due to the decline in fishing and the increasing rarity of these historic vessels, the last event of this kind was held over twenty years ago. As there are different types of sailing smacks taking part this year, the boats will be put into different racing classes, to ensure opportunities are fair for all.

From 09.00 a spectacular close-up view of the historic vessels will be best seen from Lowestoft’s South Pier, as the smacks process through the Bascule Bridge and out to sea. The staggered start can be seen from the Sea Wall opposite Lowestoft Maritime Museum, and the progress of the various classes can be followed from Gunton Cliff as the fleet sets off around the course.

Back on Lowestoft’s South Pier, there will be a two-day ‘Vessels Festival’ taking place with stalls, music and displays reflecting the now vibrant maritime, business and arts scene in Lowestoft.

Excelsior Trust founder John Wylson said: “This will be a remarkable and truly historic event, which could be one of the last of its kind. Sadly each year the number of old wooden fishing smacks, fully restored and maintained to be seaworthy, diminishes. So let’s enjoy this wonderful collection of heritage vessels whilst we can.” 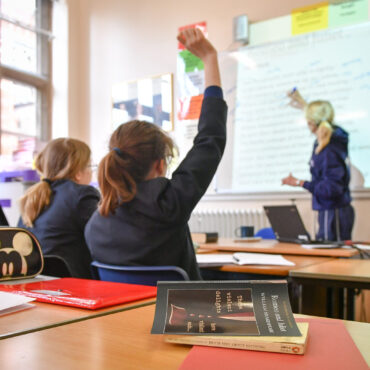 That's according to a survey by the Sutton Trust Two-thirds of primary head teachers have reported receiving insufficient funding to help pupils catch up in school following disruption caused by the coronavirus pandemic, according to a new survey. The survey, by the Sutton Trust, has revealed that 68% of primary school senior leaders reported receiving insufficient catch-up funding this year. While 51 reported they have had to cut teaching assistants. […]