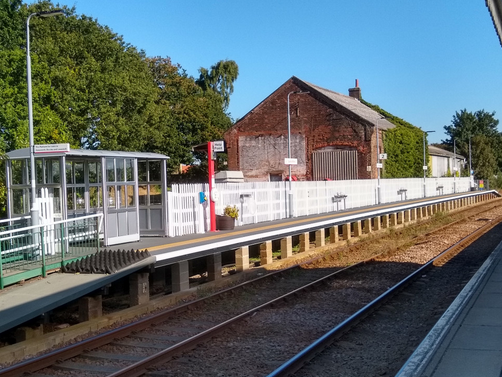 The new look to the station includes a waiting room that shows real-time information – and free wi-fi access and charging points for laptop and mobile phones.

Meanwhile, the volunteer station adopters have created a wildflower garden and landscaped other areas with a range of wildflowers, and plants. 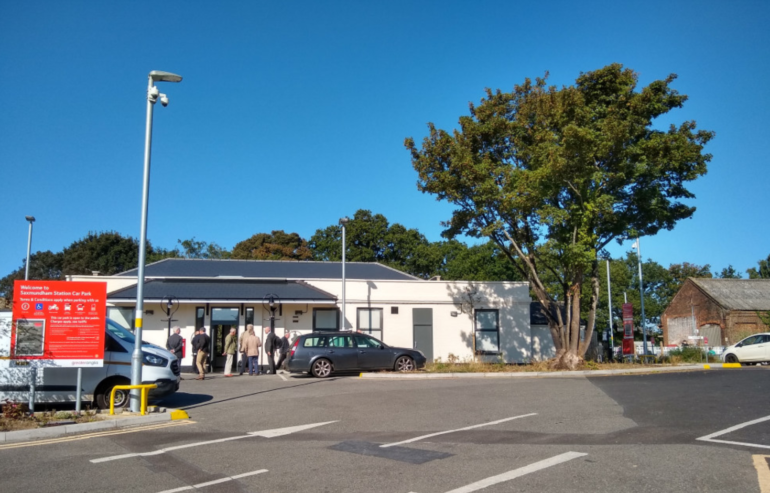 Government Minister and MP for East Suffolk Dr Therese Coffey MP joined representatives from Greater Anglia, local authorities, the East Suffolk Lines Community Rail Partnership and the East Suffolk Travel Association to herald the conclusion of the major project to improve the station and its surroundings. Dt Coffey unveiled a plaque to mark the occasion.

The station building was remodeled following a fire in 2018 which caused the first floor to become unstable. It was removed and the station refurbished as a single storey structure. The work was part-funded by the Railway Heritage Trust. A new waiting room featuring a skylight was constructed including a real-time information screen, seating, air conditioning, free wi-fi access and charging points for laptop and mobile phones. The waiting room will be open 7.00 to 16.00 seven days a week.

The platform canopy was also renewed and the station area is now covered by CCTV.

In addition to the the building works a new Lowestoft-bound platform was installed along with new seating and a new waiting shelter. The access ramp to the platform was also refurbished and the rear picket fence was replaced.

The car park was reconfigured, upgraded and extended to include 48 parking bays, two blue badge parking bays, motorcycle parking and bicycle parking. All are covered by improved CCTV. New lighting was installed and a new access pedestrian access point was created between the car park and the Ipswich-bound platform.

The volunteer station adopters created a wildflower garden at the northern end of the car park and have landscaped several other areas with an array of wildflowers, perennials, plants and shrubs. Funding was provided by East Suffolk District Council and Saxmundham Town Council. New flower tubs for the platform were funded by the East Suffolk Lines Community Rail Partnership.

The adopters have created a bug hotel for insects and other small invertebrates, and Bird boxes have also been put They also plan to install a hedgehog house and using recycled wood. Help was also provided by award winning garden designer Frederic Whyte who has been commissioned by the Town Council to design a planting scheme for the borders at the front of the station.

Greater Anglia’s Asset Management Director, Simone Bailey, said, “Seeing the lovely old building ravaged by fire was devastating. We initially thought that the entire building would have to be demolished.

We’re pleased to have worked closely with the community, listening to their views to come up with an upgrade programme which, although it does not reinstate the entire building, keeps its character and improves the facilities.

“We have worked with several contractors throughout this project and would like to thank them all for their hard work. We would also like to thank customers for their patience while the work was carried out. We are so pleased with the finished result and we hope customers and the local community enjoy the benefits.” 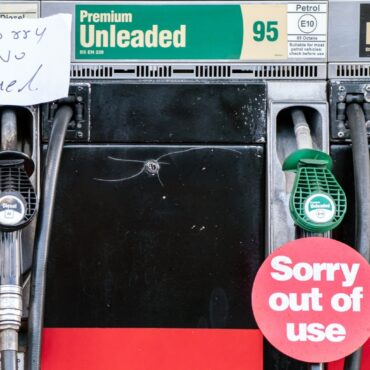 Defence Secretary Ben Wallace said: “The men and women of our armed forces stand ready to alleviate the transport pressures where they are felt most. Army tanker drivers have been put on standby in preparation to deliver fuel in order to ease the chaos at petrol stations, the Government has announced in the face of mounting pressure. Military drivers will get specialised training in preparation for their deployment while certain […]