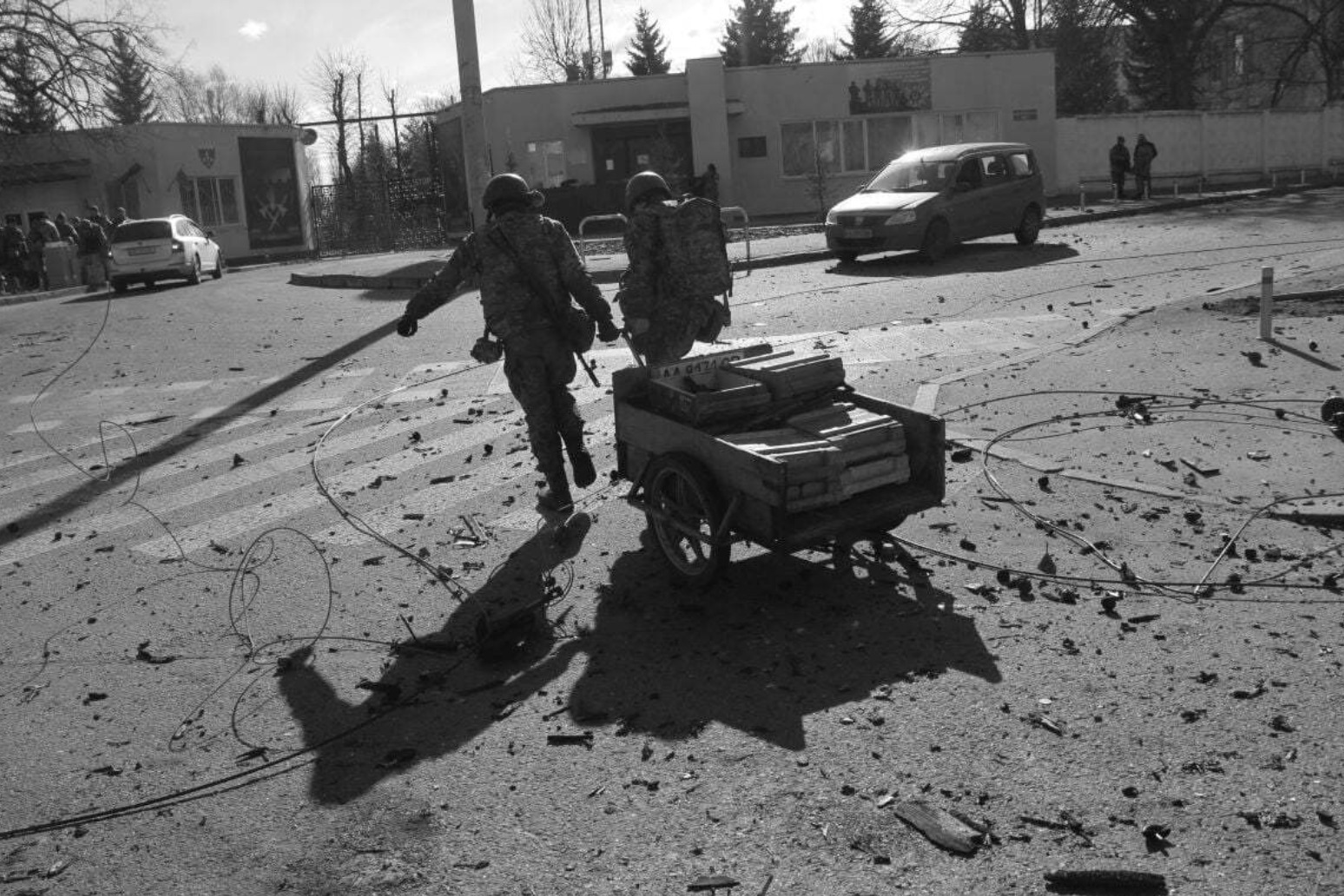 Russia has renewed its assault on Ukraine’s second-largest city in a pounding that lit up the skyline with balls of fire over populated areas, even as both sides said they are ready to resume talks aimed at stopping the new devastating war in Europe.

The escalation of attacks on crowded cities followed an initial round of talks between outgunned Ukraine and nuclear power Russia on Monday that resulted in only a promise to meet again. It was not clear when new talks might take place — or what they would yield. Ukraine’s leader earlier said Russia must stop bombing before another meeting.

Seven days into the war, roughly 874,000 people have fled Ukraine and the UN refugee agency warned the number could cross the one million mark soon. The overall death toll was not clear, but Ukraine’s State Emergency Service said more than 2,000 civilians have died. It was impossible to verify that claim.

Countless others have taken shelter underground as Russia continues its bombardment.

Another attack came on Wednesday on Kharkiv, a city with a population of about 1.5 million, and a reported strike on a hospital in the country’s north. A 40-mile convoy of hundreds of Russian tanks and other vehicles advanced slowly on the capital of Kyiv, while Russian forces pressed their assault on the strategic southern city of Kherson.

Russian President Vladimir Putin’s goals are not clear, but the West has warned he may be seeking to topple the government and install a Kremlin-friendly regime.

Ukrainian President Volodymyr Zelensky has decried Russia’s attacks on civilian targets as a blatant terror campaign, while US President Joe Biden warned on Tuesday that if the Russian leader didn’t “pay a price” for the invasion, the aggression wouldn’t stop with one country.

A Russian strike hit the regional police and intelligence headquarters in Kharkiv, killing four people and wounding several, the state emergency service of Ukraine said. It added that residential buildings were also hit but did not provide further details.

A blast blew the roof off of the five-floor police building and set the top floor alight, according to videos and photos released by the service. Pieces of the building were strewn across adjacent streets.

In the northern city of Chernihiv, two cruise missiles hit a hospital, according to the Ukrainian UNIAN news agency, which quoted the health administration chief. Serhiy Pivovar said authorities were working to determine the casualty toll.

The attacks followed a day after one in Kharkiv’s central square that shocked many Ukrainians for hitting at the centre of life in a major city. A Russian strike also targeted a TV tower in the capital of Kyiv on Tuesday — and caused damage at the nearby site of the Babi Yar Holocaust memorial.

Mr Zelensky, who called the strike on the square in Kharkiv a war crime that the world would never forget, expressed outrage on Wednesday at the attack on Babi Yar, where Nazi occupiers killed more than 33,000 Jews over two days in 1941.

He expressed concern that other historically significant and religious sites could be targeted and called on Jews around the world to protest the invasion.

“This is beyond humanity,” Mr Zelensky, who is Jewish, said in a speech posted on Facebook. “They have orders to erase our history, our country and all of us.”

Even as Russia pressed its assault, Kremlin spokesman Dmitry Peskov said on Wednesday that a delegation would be ready later in the day to meet Ukrainian officials.

Ukrainian Foreign Minister Dmytro Kuleba also said his country was ready — but noted that Russia’s demands have not changed and that he wouldn’t accept any ultimatums. Neither side said where the talks might take place.

As the war wears on, Russia finds itself increasingly isolated, beset by the sanctions that have thrown its economy into turmoil and left the country practically friendless, apart from a few nations like China, Belarus and North Korea.

There have been some reports that Belarus is preparing to send troops into Ukraine, but Belarusian President Alexander Lukashenko has said his country has no such plans.

Mr Peskov, the Kremlin spokesman, acknowledged the global economic punishment hitting Russia and Russians now is “unprecedented” but said Moscow had been prepared for all manner of sanctions, and the potential damage had been taken into account before launching the invasion.

“We have experience with this. We have been through several crises,” he said.

The invading forces also pressed their assault on other towns and cities. Britain’s Ministry of Defence (MOD) said Kharkiv and the strategic port of Mariupol were encircled. A third city, Kherson, is under pressure, but there were conflicting reports of who controlled it.

The Vienna-based International Atomic Energy Agency (IAEA), the United Nations’ nuclear watchdog, said it had received a letter from Russia saying its military had taken control around Ukraine’s largest nuclear power plant. According to the letter, personnel at the plant continued their “work on providing nuclear safety and monitoring radiation in normal mode of operation,” and it said the “radiation levels remain normal”.

The IAEA says that it has received a request from Ukraine to “provide immediate assistance in coordinating activities in relation to the safety” of Chernobyl and other sites.

Many military experts worry that Russia may be shifting tactics. Moscow’s strategy in Chechnya and Syria was to use artillery and air bombardments to pulverise cities and crush fighters’ resolve.

Britain’s MOD said it had seen an increase in Russian air and artillery strikes on populated urban areas over the past two days. Human Rights Watch said it documented a cluster bomb attack outside a hospital in Ukraine’s east in recent days. Residents also reported the use of such weapons in Kharkiv and Kiyanka village. The Kremlin denied using cluster bombs.

In the southern port city of Mariupol, the mayor said on Wednesday morning that the attacks had been relentless.

“We cannot even take the wounded from the streets, from houses and apartments today, since the shelling does not stop,” Vadym Boychenko was quoted by the Interfax news agency as saying.

Mr Boychenko referred to Russia’s actions as a “genocide” — using the same word Mr Putin has used to justify the invasion. 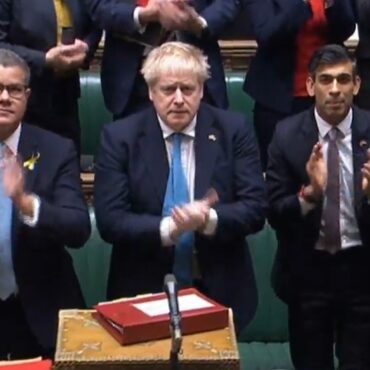 Johnson Putins abhorrent actions in Ukraine could be war crimes

Boris Johnson accused Vladimir Putin of committing war crimes as he condemned “abhorrent” attacks on the citizens of Ukraine. The UK fears the Russian leader will unleash even greater force against Kyiv and other Ukrainian cities in the coming days. The Prime Minister spoke to Ukraine’s President Volodymyr Zelensky on Wednesday morning, promising further support and weapons for the forces resisting Russia’s military. Strikes that damaged the Babi Yar Holocaust […]