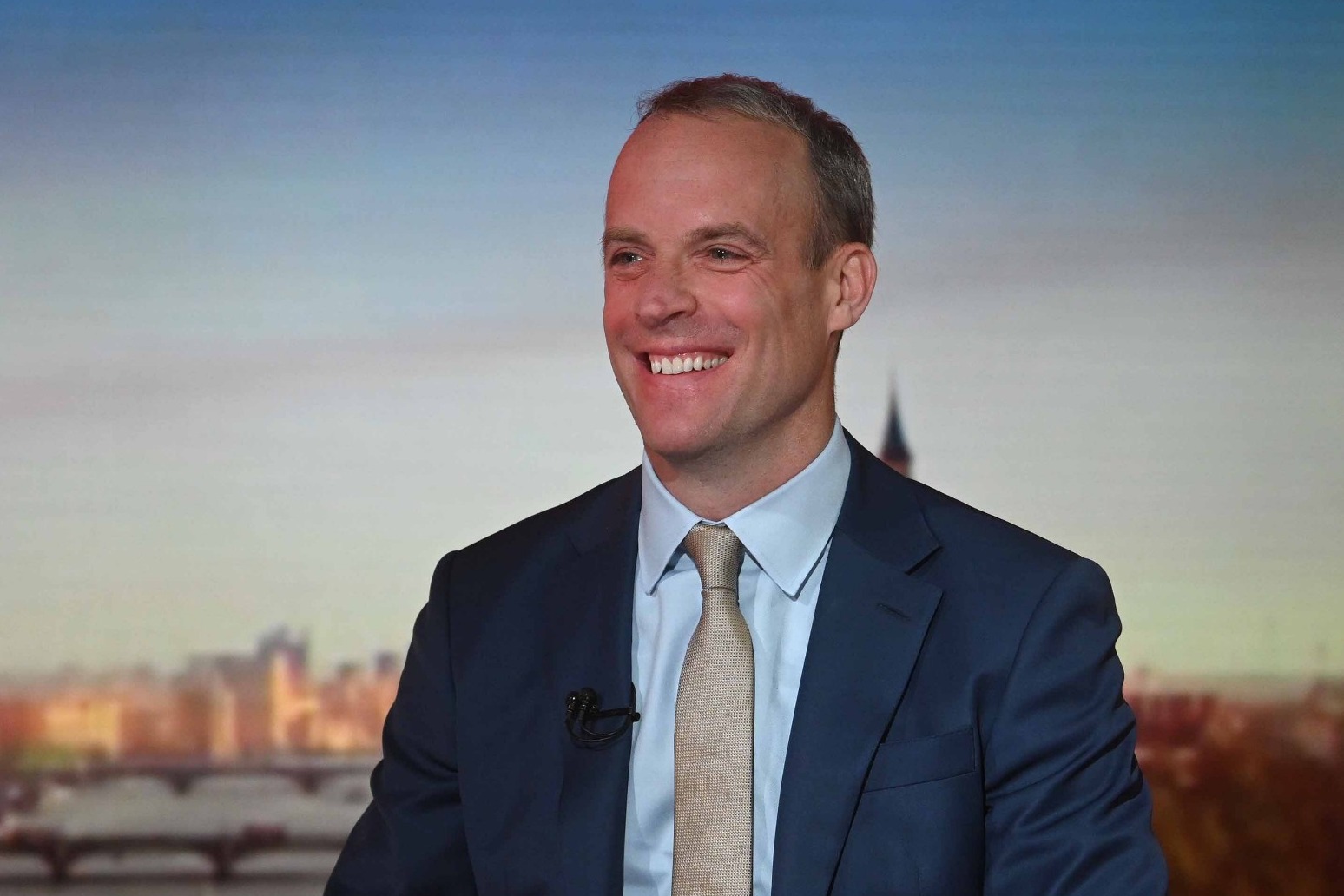 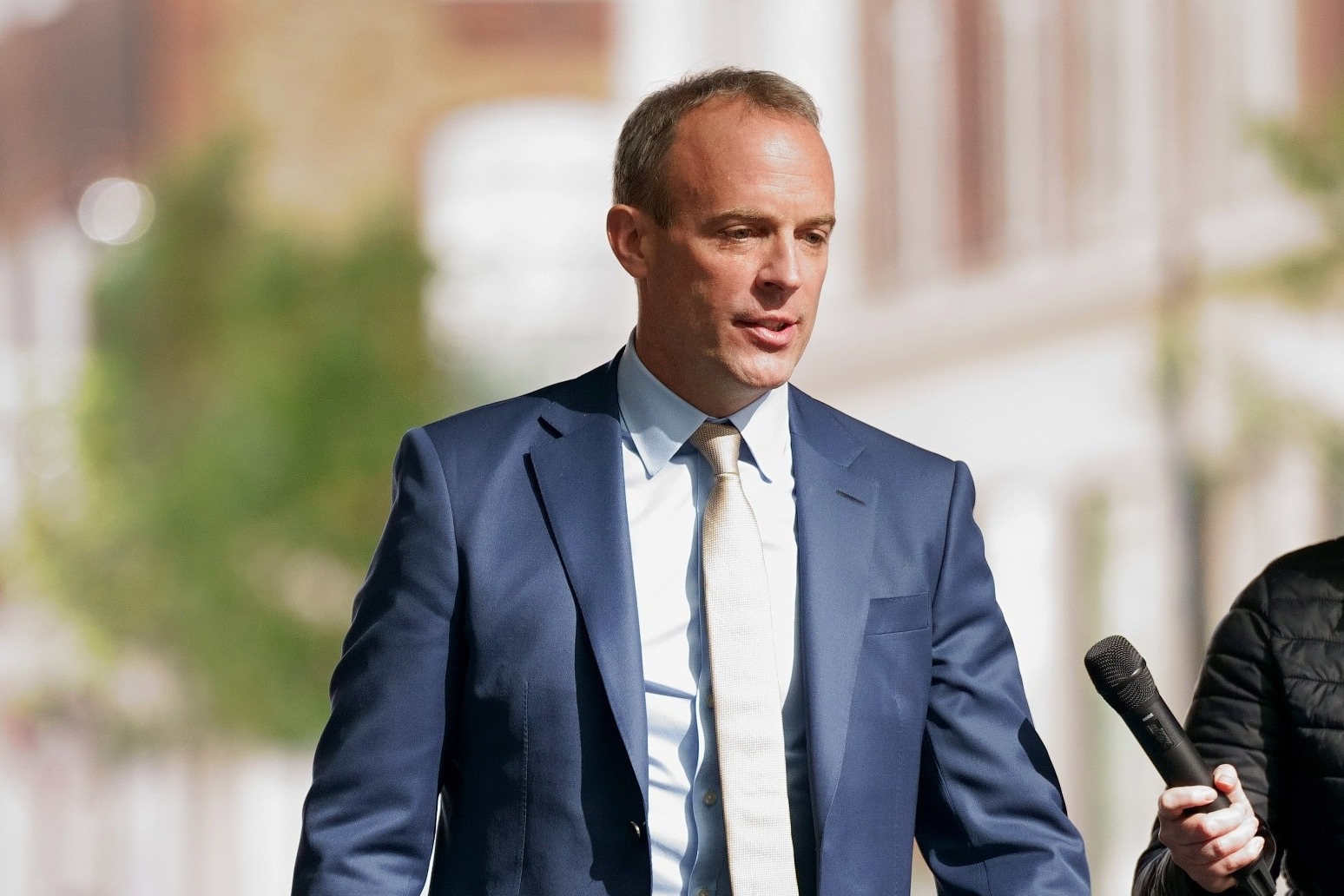 The UK will focus on efforts to reform the Northern Ireland Protocol in an effort to preserve stability, Deputy Prime Minister Dominic Raab said as the Government grappled with the implications of Sinn Fein’s Stormont success.

The victory in the Stormont contests was the first for a republican party and “ushers in a new era” of politics, Sinn Fein vice president Michelle O’Neill said.

Her party is committed to a border poll on unification with Ireland, although that is not a likely prospect in the short term, with Mr Raab pointing out that a majority of voters in Northern Ireland had not supported Sinn Fein’s position.

“We don’t have an executive yet, I think the first priority, mindful of that 58% of people in Northern Ireland who are not calling for that kind of change, is to get the executive up and running.”

Ms O’Neill’s hopes of becoming first minister in a powersharing executive hinge on the unionist DUP, the second largest party, joining an administration – something it has ruled out unless there are major changes to Northern Ireland’s post-Brexit deal.

Mr Raab said the Government would take “whatever measures are necessary” to resolve the issues around the protocol.

But he refused to say whether action on the Northern Ireland Protocol would be included in Tuesday’s Queen’s Speech.

He told Sky News: “If anything, the outcome in Northern Ireland from those elections makes it clear it can’t be put off.”

He suggested it would be dealt with in the coming “weeks and months”, warning that stability in Northern Ireland was being “imperilled” by the dispute over the protocol – which was agreed by Boris Johnson’s Government as part of the Brexit divorce from the EU.

The deadlock will increase tensions between Westminster and Brussels, with the UK insisting all options remain on the table – including the possibility of unilaterally scrapping elements of the deal.

That could trigger a major breakdown in relations between the UK and European Union.

The protocol effectively creates checks on goods flowing from Great Britain to Northern Ireland in order to allow an open border with Ireland, which is within the EU’s single market and customs union.

“We will deal with the situation, we will take whatever measures are necessary to protect the economic as well as the constitutional integrity of Northern Ireland,” Mr Raab said.

He indicated that the protocol had been used as a “political device” by Brussels.

Ireland’s Europe minister Thomas Byrne said “a decisive majority” of the MLAs elected to Stormont want to make the protocol work and called on the UK to “engage in a renewed way with the European Union” on the issue.

As well as the prospect of a fresh round of Brexit battles with Brussels, Mr Johnson also faces pressure from his own benches to change course following Thursday’s elections.

Writing for The Telegraph, former Cabinet minister Damian Green, leader of the influential One Nation Conservatives caucus of MPs, said the party must “rediscover the virtues that appeal to natural Conservatives in strong Conservative areas”, including reducing the tax burden to help those struggling with the rising cost of living.

From the right of the party, former Cabinet minister Sir John Redwood called for tax cuts and warned governments “are usually only swept from office when the economy goes into recession on their watch”.

Mr Raab insisted that while the elections had been “challenging”, they were a “mixed bag” and he was confident Mr Johnson’s leadership would survive.

“I’m confident that he can and will win the next election,” he said.

The Government will seek to use Tuesday’s Queen’s Speech to show that it is responding to the concerns of voters and moving on from scandals involving Tory MPs and the partygate rows over lockdown-busting fines for Mr Johnson and Chancellor Rishi Sunak.

Mr Raab refused to categorise the speech as a “reset” for Mr Johnson’s administration, but added: “What we’re going to be focusing on this week is what our plans are to drive up the economy, protect the cost of living.

“We’re going to be talking about reforming the agricultural sector, innovation to create cheaper, healthier food.

“We’re going to be talking about areas where Britain has a real comparative advantage, tech, financial services.”

Mr Raab acknowledged the Liberal Democrat resurgence would mean he faces a “tough fight” in his own Esher and Walton seat in Surrey.

Levelling Up Secretary Michael Gove suggested that a decline in home ownership may have contributed to the party’s troubles in London, where flagship authorities in Wandsworth and Westminster fell to Labour after decades of Tory control.

He told The Sunday Telegraph: “There are other factors. But I think that for young people in London, there is a responsibility on the incumbent government to address some of the factors that have made it more difficult for them to own their own home.”

Labour is facing its own difficulties after police announced a probe into whether leader Sir Keir Starmer broke lockdown rules last year.

But the party insisted the election results were a “turning point” in Labour’s fortunes.

Shadow levelling up secretary Lisa Nandy told Sky: “I think it showed that the path back to power for Labour is steep, but it doesn’t have to be long and we’re making progress in every region and nation now, in Scotland and Wales and in England in parts of the country where I watched us lose Labour MPs, I watched us lose good people and I wondered if we’d ever repair that damage.

“We did start to repair that damage on Thursday.” 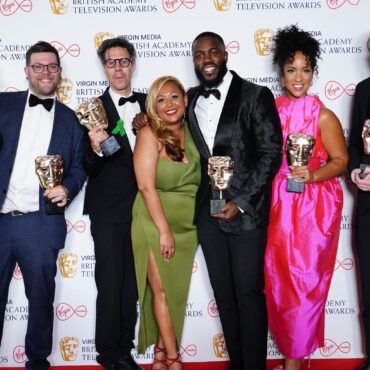 Channel 4 has enjoyed a successful afternoon at the Bafta TV Awards amid uncertainty over its future – winning a total of five awards. The event at the Royal Festival Hall on Southbank in London, which featured its first full audience in two years, also saw the BBC claim nine awards and ITV take home seven. Hosted by comedian Richard Ayoade, the ceremony celebrated the best of British television across […]