PM admits he could have handled sleaze row better

The Prime Minister has admitted he could have handled the Owen Paterson row and subsequent fallout “better”.

The Prime Minister has admitted he could have handled the Owen Paterson row and subsequent fallout “better”.

Boris Johnson has seen his party and his own personal ratings plummet in opinion polls since the Government’s controversial attempt to tear up the Commons standards system in a bid to delay Mr Paterson’s punishment for breaking lobbying rules.

The former environment secretary – who has since resigned as an MP – had been handed a 30-day suspension after he was found to have lobbied for two companies paying him more than £100,000 a year.

The bid to reform the system, and subsequent U-turn, has intensified the spotlight on MPs’ seconds jobs and their expenses claims, leading to a flurry of negative headlines for the Tories.

One poll by Savanta ComRes poll put Labour six points ahead of the governing party, while an Opinium survey suggested Mr Johnson’s personal rating had dropped to an all-time low of minus 21%.

Under pressure to apologise for his handling of the sleaze row as the Government seeks to turn the tide, the Conservative Party leader told reporters he could have made “better” decisions on the Paterson affair.

Asked at a Downing Street press conference on Sunday what he would say to those who thought he had “got it wrong”, Mr Johnson replied: “Of course, I think things could certainly have been handled better, let me put it that way, by me.”

The Prime Minister also backed the Commons standards commissioner, Kathryn Stone, calling for her to be “allowed” to do her job.

His comments come after Business Secretary Kwasi Kwarteng said Ms Stone should consider her position after the way she handled the investigation into former North Shropshire MP Mr Paterson.

The Prime Minister said he had confidence in the standards tsar, telling reporters: “I think the commissioner has a job to do and a huge amount of work to do, and she needs to get on and be allowed to do it.

“Whether the system is capable of improvement or not is a matter for the Standards Committee and for the House.”

Before the press conference, the flow of allegations against prominent Tory figures showed no signs of stemming as Labour called for two further probes on Sunday, including one into the Prime Minister.

The opposition party said that, in light of new information from American entrepreneur Jennifer Arcuri about her relationship with Mr Johnson while he was mayor of London, the police watchdog should “look again” at its decision to rule out an investigation.

Mr Johnson avoided a criminal investigation earlier this year into his conduct with the businesswoman after the Independent Office for Police Conduct (IOPC) found no evidence he had influenced the payment of thousands of pounds of public money to Ms Arcuri or secured her participation in foreign trade trips he led.

But deputy Labour leader Angela Rayner said diary notes from Ms Arcuri published by the Observer on Sunday were “deeply worrying”, and called for the matter to be referred to the IOPC.

According to the newspaper, one handwritten entry recalls that Mr Johnson asked how he could be the “throttle” in her career while he was in City Hall.

As well as having business links, Ms Arcuri has previously claimed that she and Mr Johnson had a four-year romantic relationship when he was mayor.

Shadow Commons leader Thangam Debbonaire said: “This would appear to be yet another egregious breach of the rules.” 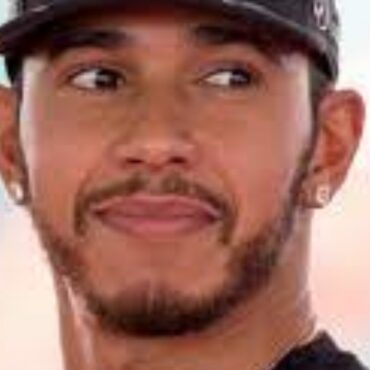