Officials consider how vaccines could open up summer holidays

This could mean the return of holidays to popular summer hotspots such as Spain, Portugal, France and Italy, which are all currently on the UK’s amber list.

Vaccines could play a role in opening up international travel for British holidaymakers, under plans being considered by the Government.

Officials are looking at proposals that could allow Britons who have had both coronavirus vaccine doses to avoid having to quarantine when returning from countries on the amber list, according to reports in the Daily Telegraph.

A Government spokeswoman confirmed that work has begun to “consider the role of vaccinations” for inbound travel following the continued success of the jab’s rollout.

This could mean the return of holidays to popular summer hotspots such as Spain, Portugal, France and Italy, which are all currently on the UK’s amber list.

People arriving from the limited number of holiday destinations on the green list are not required to self-isolate, while amber arrivals must quarantine at home for 10 days.

A Government spokeswoman said: “As set out in the Global Travel Taskforce, we are working with industry for a safe return to international travel, guided by one overwhelming priority, public health.

“Decisions on our traffic light system are kept under constant review, and based on a range of health factors.

“Recognising the strong strategic rationale and success of the vaccine programme, we have commenced work to consider the role of vaccinations in shaping a different set of health and testing measures for inbound travel.”

Demand for air travel collapsed in March of last year when the UK went into lockdown in response to the crisis, with the Government now under pressure to restart international travel by the battered tourism industry. 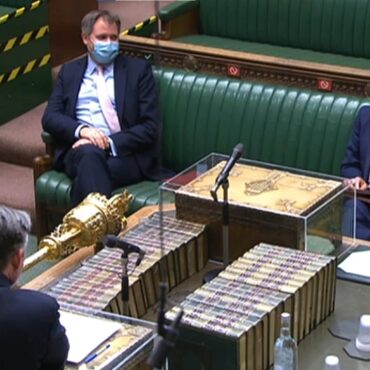 MPs back extension of Covid 19 restrictions until July 19

MPs have approved the extension of coronavirus restrictions in England until July 19, after Boris Johnson faced pressure from members of his own party over the delay. The Prime Minister was spared a defeat as Labour backed plans for a four-week delay to the end of lockdown measures, aimed at buying more time for the vaccine programme. MPs voted 461 to 60, a majority of 401, on Wednesday to approve […]