More than 100 Normandy veterans have gathered to watch the opening of a memorial dedicated to those who took part in the D-Day landings 77 years ago.

The British Normandy Memorial records the names of the 22,442 servicemen and women under British command who died during the D-Day landings and the Battle of Normandy in the summer of 1944.

Designed by British architect Liam O’Connor, the structure has been built at Ver-sur-Mer in France and its opening is being livestreamed to those who cannot attend due to Covid-19 restrictions.

Veterans and their families gathered at the National Memorial Arboretum in Staffordshire on Sunday to watch the event remotely and to mark the 77th anniversary of the D-Day landings.

The Royal British Legion’s assistant director for commemorative events, Bob Gamble, said: “D-Day remains one of the most remarkable Allied wartime operations in history, and it is our great privilege to have brought so many of our Normandy veterans and their family members together to mark the 77th anniversary of the landings.

“It remains as important as ever for us to remember and pay tribute to the immense bravery and sacrifice shown by all who served and fell during the Battle of Normandy.”

The memorial, which cost almost £30 million and was funded by the British Government and private benefactors, stands on a hillside overlooking Gold Beach, one of three where British forces landed on the morning of June 6 1944 to begin the liberation of Western Europe.

The memorial features the D-Day Sculpture by British sculptor David Williams-Ellis, the D-Day Wall featuring the names of those who fell on D-Day itself and, on 160 stone columns, the names of those others who lost their lives between D-Day and the Liberation of Paris at the end of August 1944.

The site also includes a French memorial dedicated to the memory of French civilians who died during the period. 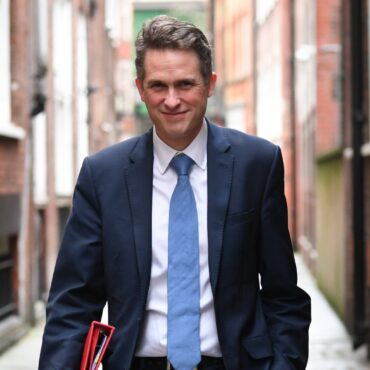 The UK Education Secretary has urged students and their families to take a coronavirus test ahead of the return to classrooms next week, following the half-term break. The Government praised the “herculean efforts” of students and staff after more than 50 million rapid tests have been taken in schools and colleges across England since January. A “huge proportion” of the latest cases are in children, Gavin Williamson’s Cabinet colleague Matt […]