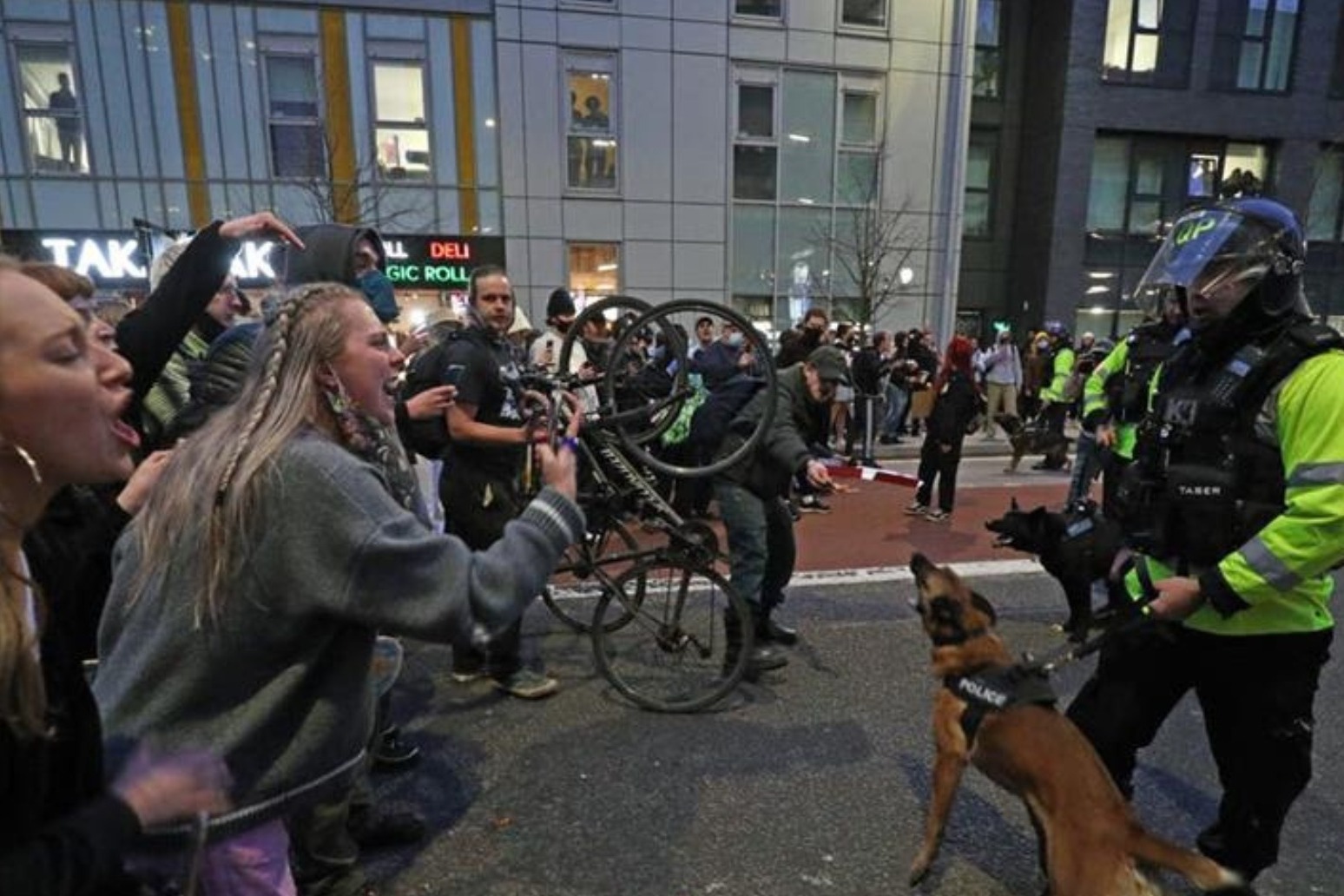 Violent scenes which marred a “Kill the Bill” protest in Bristol that saw a police station attacked, officers injured and vehicles set alight have been widely condemned.

Bristol mayor Marvin Rees, who said he had “major concerns” about the Government’s Police, Crime, Sentencing and Courts Bill, condemned the thuggery but said the disorder would be used to justify the legislation.

Mass gatherings are currently banned under coronavirus legislation and anyone breaching the regulations could be fined.

Many who attended the protest on College Green were wearing face masks and carried placards, saying: “Say no to UK police state” and “Freedom to protest is fundamental to democracy” and “Kill the Bill”.

What started as a non-violent demonstration on Sunday afternoon turned violent after hundreds of protesters descended on the New Bridewell police station.

Two police officers were injured, suffering broken ribs and an arm, and taken to hospital during violent skirmishes with masked thugs.

Later, protesters attempted to smash the windows of the glass-fronted police station.

They also tried to set fire to one of the marked police vans parked outside the station but the small flames were quickly extinguished by riot officers.

Other protesters set fire to a police van parked on Bridewell Street, near to the police station.

Rioters smashed the windows of the police station and also destroyed Avon and Somerset Police vehicles parked nearby, setting fire to a car and a van.

Cars parked in a multi-storey car park adjacent to the police station were also damaged by protesters.

Avon and Somerset Police said its officers had missiles and fireworks thrown at them and used mounted officers and dogs to disperse the mob.

The mindless violence was condemned by the Home Secretary, police federation representatives and local leaders.

“Thuggery and disorder by a minority will never be tolerated.

“Our police officers put themselves in harm’s way to protect us all.

“My thoughts this evening are with those police officers injured.”

Bristol mayor Marvin Rees said: “I have major concerns about the Bill myself, which is poorly thought out and could impose disproportionate controls on free expression and the right to peaceful protest.

“Smashing buildings in our city centre, vandalising vehicles, attacking our police will do nothing to lessen the likelihood of the Bill going through.

“On the contrary, the lawlessness on show will be used as evidence and promote the need for the Bill.

“This is a shameful day in an incredible year for Bristol.

“We have faced times of great confrontation particularly surrounding Black Lives Matter and the events that followed.

“We have had numerous protests.

“Our police, city representatives and I have been able to point out with pride that we have faced these moments of conflict without the physical conflict that others have experienced.

“Those who decided to turn the protest into a physical confrontation and smash our city have robbed us of this.”

Andy Roebuck, chairman of the Avon and Somerset Police Federation, said: “Disgusting scenes in Bristol by a mob of animals who are injuring police officers, members of the public and damaging property.

“We have officers with suspected broken arms and ribs.

John Apter, national chairman of the Police Federation of England and Wales, said: “This is not about protecting the right to protest, it’s violent criminality from a hardcore minority who will hijack any situation for their own aims.”

“You don’t campaign for the right to peaceful protest by setting police vans on fire or graffitiing buildings.”

The Police, Crime, Sentencing and Courts Bill would give the police in England and Wales more power to impose conditions on non-violent protests, including those deemed too noisy or a nuisance.

Those convicted under the proposed legislation could face a fine or jail.

Chief Superintendent Will White, of Avon and Somerset Police, said: “These scenes are absolutely disgraceful and they will be widely condemned by people across the city.

“There can never be any excuse for wanton disorder.

“All those involved in his criminal behaviour will be identified and brought to justice.

“There will be significant consequences for behaviour such as this.” 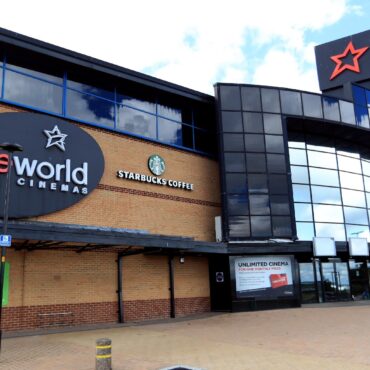 Cineworld is set to post a sharp plunge in sales for the past year after its global cinemas were closed to customers amid pandemic restrictions. However, investors in the troubled cinema chain have been increasingly optimistic since it warned that it was temporarily shutting the doors to its UK and US cinemas at the start of October. Its shares have more quadrupled since its October low, when the company confirmed […]