INK’s mission is to give a voice to those rarely heard by inspiring, nurturing and developing skills to create short new plays.

You can hear INK’s short radio plays on East Suffolk One every weekday at 10.30am and 2.30pm.

Meanwhile – and after two years of being unable to hold The INK Festival – the group is delighted to be back ‘big-time’ this April. 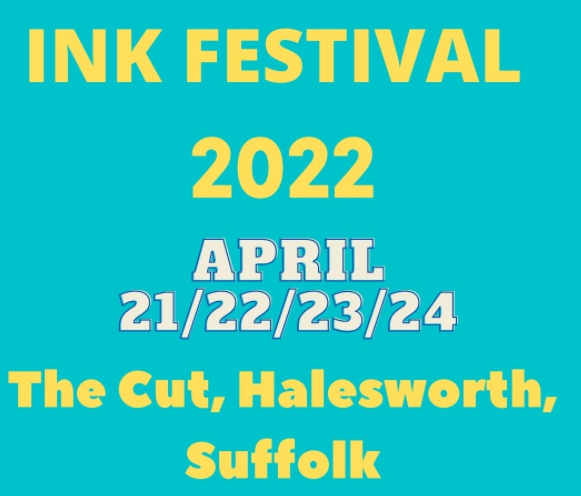 Across a multitude of venues around the town of Halesworth, there will be an offer of 12 performance spaces spread over 8 exciting venues including the headquarters at The Cut, The Rifle Hall, MR King & Sons, The Halesworth Museum, and more.

The Festival will also be going ‘live’ over FOUR days for the first time.

Each venue will show hour-long performances of 4 or more short new plays, showing several times during each day, so you can pick the performance and venue and put together your own timetable of live performance theatre.

There will be more than 50 brilliant, short new plays, as well as performance poetry, stand-up comedy, kids’ Play-in-a-Day, art, great food, and workshops – there are plans to envelop Halesworth with theatre and live performance.

The Festival will feature plays written by Miranda Hart, Will Gompertz, actor Elliot Cowan and more! – and Luke Wright, will headline an exciting line up of poets who will perform throughout the Festival.

Arthur Smith, Shaparak Khorsandi, Mark Steel, and Arabella Weir will be there to entertain with great comedy.

For more details about INK – just head to their website: inkfestival.org

To give  you a taste of some of the great work associated with INK, listen now this performance called ‘The Play of Light’ – written by Tom Pauk and performed by Tim Bentinck.

Tom writes plays for stage and radio, following a long legal career as a commercial lawyer. His plays have been performed in various venues including at the INK Festival.

The actor Actor, Tim Bentinck, is best known for the role of David Archer in the Radio 4 series The Archers. Tom’s also a writer, director, musician, and journalist and he has a long list of theatre, television and film credits. He appeared in The Thick of It in 2005 and 2007 and starred with David Jason in The Royal Bodyguard in 2012.n the 2018 Queen’s Birthday Honours, he was appointed Member of the Order of the British Empire (MBE) for services to drama. Tim is an alumnus of the UEA and Bristol Old Vic Theatre School, and he has directed at INK Festival in 2018 & 2019.

So, listen now to – The Play of Light: 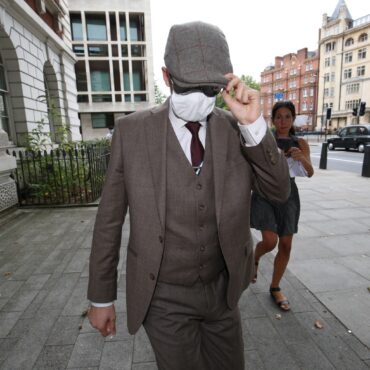 A rookie has become the first British police officer to be convicted of belonging to a neo-Nazi terrorist organisation. Pc Ben Hannam, 22, was found guilty of membership of banned right-wing extremist group National Action (NA) following a trial at the Old Bailey. He was also convicted of lying on his application and vetting forms to join the Metropolitan Police and having terror documents detailing knife combat and making explosive […] 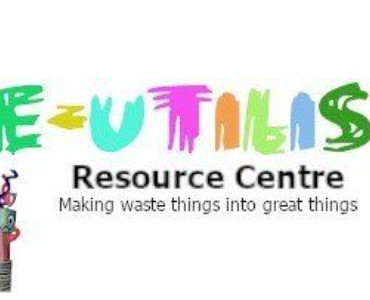