Games against Ross County and Livingston are affected

The games, which were due to take place on Wednesday and Saturday, have been postponed following discussions with the Scottish Professional Football League, NHS Lothian and the clubs.

The Ross game had been rescheduled for Wednesday evening after last Saturday’s game was postponed at short notice.

Two Hibs players tested positive on Saturday morning, meaning they could not field a team given the number of close contacts.

Announcing the postponements on Tuesday evening, Hibernian said on the club website: “This decision was made after a significant number of first-team players, staff, and development squad players tested positive over the last few days.

“By following all the guidelines, we wouldn’t be able to field a team for either game, which has led us to no other alternative than to postpone the fixtures.

“The individuals will not be named due to medical confidentiality and those affected will now self-isolate in line with the protocol.

“We are in constant discussions with NHS Lothian to reduce the spread of Covid and HTC has subsequently been closed for a deep clean.

“We have also undergone an internal investigation regarding the outbreak and are confident in our processes.

“We will continue to take every precaution necessary as the safety of our players and staff is of absolute importance.

“We would also like to apologise to our supporters who have made plans to attend the rearranged fixture at Ross County. We made our thoughts incredibly clear to the SPFL before the fixture was rearranged, and it took them until today, after more positive tests were recorded and several meetings, to make the right decision, which we thank them for.”

Although fully-vaccinated close contacts can exit self-isolation if they return a negative PCR test, Hibs stated they had further positive tests on Sunday.

The club expressed their unhappiness at being told by the SPFL to play the game in Dingwall on Wednesday and were expected to be without a full team of players with five already out of Saturday’s game through injury. 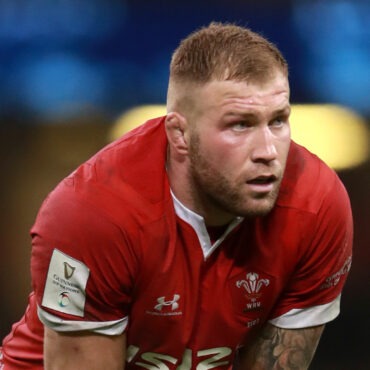 Upcoming games they will miss are against South Africa, Fiji and Australia Captain Alun Wyn Jones has been ruled out of Wales’ remaining Autumn Nations Series Tests due to a shoulder injury that will require surgery. Jones was hurt midway through the first half of Saturday’s 54-16 loss to New Zealand. The Welsh Rugby Union also announced flanker Ross Moriarty faces a shoulder operation after being injured in the same […]