Grimsby have responded to the proposed launch of the Super League by offering fans of the English clubs involved the chance to trade in their shirt for a Mariners one.

The ‘shirt amnesty’ is open to holders of any Manchester United, Manchester City, Liverpool, Arsenal, Tottenham or Chelsea shirts that are less than three seasons old.

In return the club are offering a replica 2020-21 Grimsby shirt, with the unwanted Premier League kits to be donated to local youth groups and humanitarian projects in Africa.

“In light of recent events surrounding the introduction of the European Super League, Grimsby Town Football Club will be running a shirt amnesty for those who hold shirts for the English clubs involved,” a statement on the club website read.

“Without fans, football and Grimsby Town Football Club are nothing.

“We would like to thank you for the fantastic support you have provided us this season and we cannot wait to welcome you back to Blundell Park as soon as possible.” 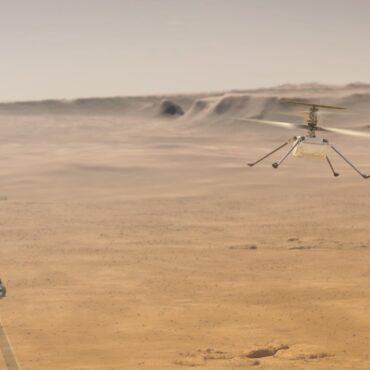 A helicopter built by Nasa will try to take flight on the red planet as part of the US space agency’s first attempt at a powered, controlled flight on another world. The Ingenuity helicopter is expected to take to the Martian skies on Monday morning. The small craft is part of a technology demonstration – a project that aims to test a new capability for the first time. Data from […]