Covid-19 infections across all parts of the UK have fallen to the lowest level since the autumn, new figures suggest.

According to the latest estimates from the Office for National Statistics (ONS), around one in 480 people in private households in England had Covid-19 in the week to April 10 – down from one in 340 the previous week.

This is the lowest figure since the week to September 19 2020, when the estimate stood at one in 500.

Meanwhile in Wales, around one in 920 people was estimated to have had coronavirus in the week to April 10 – down from one in 800 in the week before and the lowest level since the week to September 10.

In Northern Ireland, the estimate was around one in 710 people, a drop from one in 300 in the previous week and the lowest since estimates began for the nation in October.

The estimate for Scotland was around one in 500, falling from one in 410 and again the lowest since estimates began for the nation in October.

The drop in infection levels across the UK marks a contrast to rising case rates in other parts of the world.

World Health Organisation (WHO) director-general Tedros Adhanom Ghebreyesus said coronavirus cases globally were rising at “worrying” rates and highlighted that the number of new cases confirmed per week had nearly doubled during the past two months.

Speaking in Geneva, Switzerland, on Friday, Dr Tedros said the number of new cases “is approaching the highest rate of infection that we have seen so far in the pandemic”.

It comes as Downing Street insisted that the Government’s red list of travel ban countries is “under constant review”, when asked why India did not feature on it.

Downing Street said Prime Minister Boris Johnson’s planned visit to India was still due to go ahead later this month, despite concerns over the discovery of UK cases of a coronavirus variant first detected in the South Asian nation.

Public Health England (PHE) said some 77 cases of the B.1.617 variant have been confirmed in the UK.

Paul Hunter, professor in medicine at the University of East Anglia, said it included two “escape mutations” which “are causing people to be concerned”, but added it was not known for certain what this meant for the effect of a vaccine.

PHE has designated it as “variant under investigation” rather than a “variant of concern” and said there is currently no evidence to suggest it causes more severe disease or that vaccines are less likely to work against it.

Danny Altmann, professor of immunology at Imperial College, said he suspected the Indian mutation would be escalated to a “variant of concern”.

He told BBC Radio 4’s PM that he thought “we should be terribly concerned about it” and that the discovery “ought” to shift India on to the Government’s “red list” of countries where a hotel quarantine is required.

Speaking about the rise of concerning variants such as the one found in India, Prof Altmann said: “They are things that can most scupper our escape plan at the moment and give us a third wave. They are a worry.”

Downing Street has also defended the use of rapid lateral flow tests despite reports that officials have raised concerns about their accuracy.

The Guardian reported that it had seen leaked emails which indicated senior officials were considering scaling back extensive asymptomatic testing due to the number of false positives.

Lateral flow tests, which do not need laboratory assessment and can give results in fewer than 30 minutes, form an integral part of the Government’s mass testing efforts.

People in England can have two rapid coronavirus tests per week, with kits available free of charge at approved testing sites, pharmacies and by post.

A No 10 spokesman told reporters: “Lateral flow tests have been rigorously evaluated and we believe that they are both accurate and incredibly useful in terms of being able to spot asymptomatic cases of the virus.

“We know now this can be one in three people and it therefore allows us to identify possible contacts of those people and ultimately helps us to reduce the spread and the transmission of the virus.”

According to the latest Government figures, the coronavirus reproduction number, or R value, in England is between 0.7 and 1.

R represents the average number of people each Covid-19 positive person goes on to infect.

When the figure is above 1, an outbreak can grow exponentially, but when it is below 1, it means the epidemic is shrinking.

Meanwhile, the ONS said that the percentage of people testing positive for Covid-19 is estimated to have decreased in Yorkshire and the Humber and also in south-east England, while the trend was uncertain for all other regions.

North-west England had the highest proportion of people of any region in England likely to test positive for coronavirus in the week to April 10: around one in 260.

South-west England had the lowest estimate: around one in 1,150. 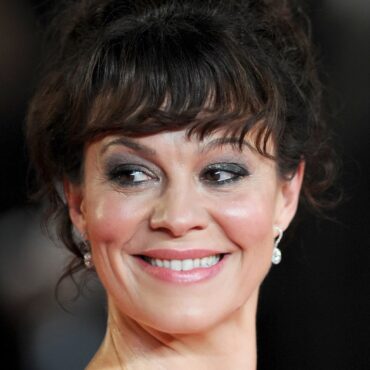 Helen McCrory has died from cancer aged 52, her “heartbroken” husband Damian Lewis has said. The “beautiful and mighty” actress, who was known for starring in hit crime drama Peaky Blinders and James Bond film Skyfall, died peacefully at home, he said. In a tweet on Friday afternoon, Mr Lewis wrote: “I’m heartbroken to announce that after an heroic battle with cancer, the beautiful and mighty woman that is Helen […]