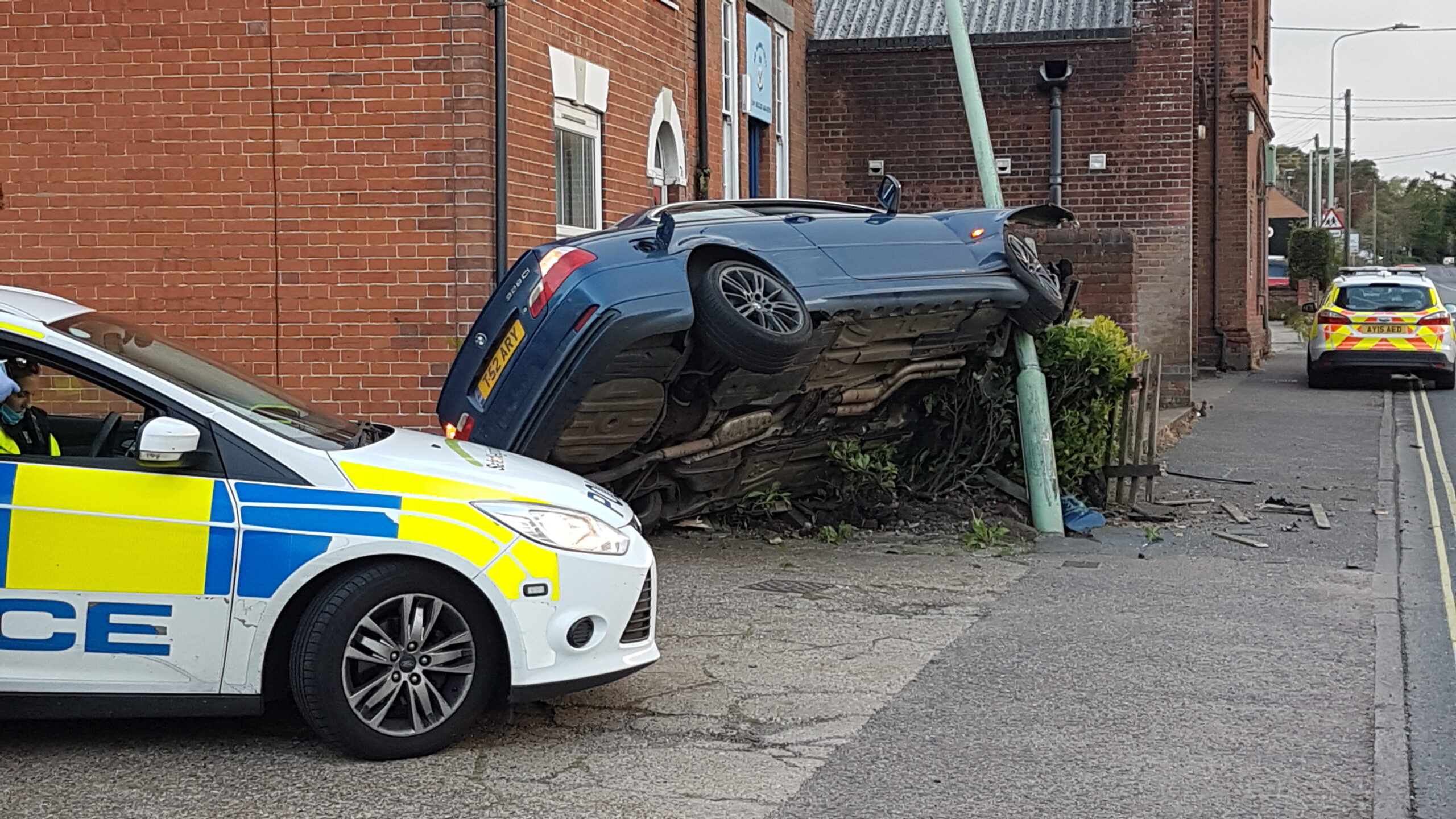 A car has spectacularly crashed in Beccles – leaving the road and almost ploughing into a house.

Police were called to the collision which occurred on Peddars Lane, near to the Suffolk Army Cadet Hall, at 7.10pm on Sunday (16th May).

A BMW 328 is also reported to have collided with another car,  a Jaguar – and struck a street light, which was made safe.

After being left stuck at a 45 degree angle,  Police have said that three people left the scene of the incident – and the driver of the BMW ‘has been spoken to’. Enquiries are ongoing. 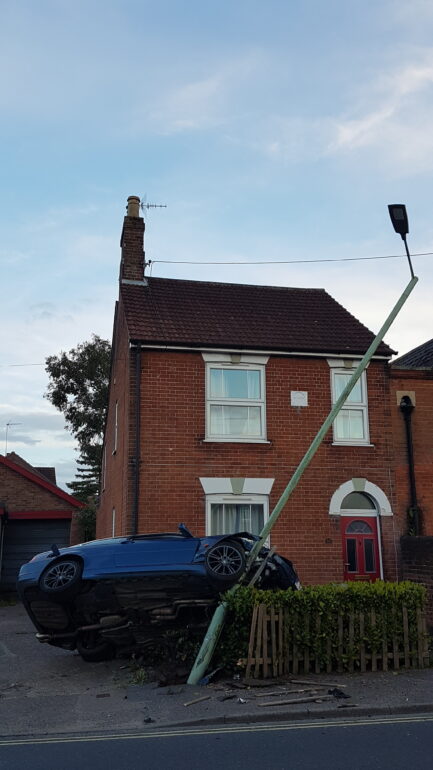 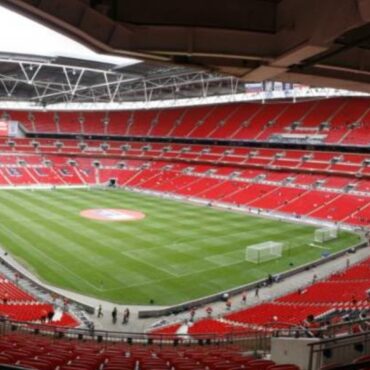 The easing of coronavirus restrictions will see up to 10,000 fans able to attend sports events in England from Monday. Football, horse racing, rugby league and rugby union will be among the sports opening their doors to supporters on Monday ahead of Premier League crowds returning in midweek. Here, the PA news agency charts the steps forwards and backwards on this issue since the pandemic struck the UK last year. […]