An Afghan in the UK has said that while Ukrainian war refugees “deserve a home” in the UK, many Afghans are still “lingering in hotels”.

An Afghan in the UK has said that while Ukrainian war refugees “deserve a home” in the UK, many Afghans are still “lingering in hotels”.

Tens of thousands of British households have registered their interest in the Homes for Ukraine scheme as millions flee Ukraine in the wake of Russia’s invasion.

Meanwhile, the UK still has around 12,000 Afghans living in hotels after the Taliban took over their country last year, with some UK citizens frustrated in their attempts to offer Afghan refugees a room.

Mohammad Asif, 55, the director of the Afghan Human Rights Foundation, said: “I have the highest sympathy and respect for anyone who helps Ukrainian refugees” but he remains frustrated at the number of Afghans still waiting for more permanent accommodation.

“Here in the UK, Afghans are having a very tough time.

“Many have become homeless in England, and suddenly we have resources, we have money (to help other refugees).

“Don’t get me wrong, I feel the pain of Ukrainians. No one can feel their pain better than me because we have been through this.

“They are our brothers and sisters, the Ukrainians. They deserve a home or somewhere to stay in a safe environment, but then it comes to the selective policies of the West.”

Afghan refugees have previously told PA that, while they are grateful to be in the UK, being stuck in hotels has added to the psychological burden of their experience, and they miss the freedom that comes with living in a home of their own.

Mr Asif, who arrived in the UK in 2000 and now lives in Glasgow, said many Afghans stuck in hotels are “having health issues” while he was critical of the language used to distinguish the war in Ukraine from other conflicts.

“Now I realise that it all comes to… what colour skin do you have?” he said.

“I see politicians in mainstream media is saying that Ukrainians are ‘civilised’ and ‘they look like us’.

“We see now how quickly Ukrainians can arrive in Britain.”

The Government website showed that, as of March 19, 9,500 visas have been issued under the Ukraine Family Scheme scheme out of a total of 30,300 submitted applications.

The separate Homes For Ukraine scheme allowing Britons to provide accommodation for someone fleeing the war zone opened on Friday.

Barbara Sleigh-Ives, 63, from Felsham, near Bury St Edmunds in Suffolk, has been frustrated in her attempts to take in Afghan refugees in the past six months, and has also signed up for the Homes for Ukraine scheme.

The retired schoolteacher, who spent 13 years in the military, said it was “very frustrating” that she had not been able to fill her spare room.

“It was very frustrating because you sit there thinking these people are in (need of) desperate help,” she told PA.

“It was very difficult to get any response from anybody on how I could help refugees who were in desperate need and who were now being housed in hotels, or even to try and sponsor somebody to get out of Afghanistan.

“How many of these people who put their homes forward (for Ukrainians) would accept an Afghan family? I expect a majority of them would.

“They must also be seeing this and saying ‘look, they’re getting all these people here from Ukraine and we’re still stuck in a hotel’.”

Ms Sleigh-Ives, who previously hosted a homeless person in her house for around a year, said that she was forced to give up in her efforts to house an Afghan refugee in November of 2021, but remains motivated to fill the room.

“I would be happy to have anybody who needed help,” she said.

A Home Office spokesperson said: “Each conflict or scenario requires a bespoke response and our approach to Ukraine has been developed hand in hand with their government.

“Protecting the most vulnerable will always be our top priority and we made it quick and simple for Ukrainians with ties to the UK to come here, as well as ensuring those already here can stay.

“At the same time, we are proud this country has provided homes for more than 4,000 Afghan evacuees in such a short space of time.

“Over 300 local authorities have pledged to support Afghan families so far, and we continue to urge those who have not yet come forward, and those that can offer more housing places, to do so as we resettle up to 20,000 in the coming years.” 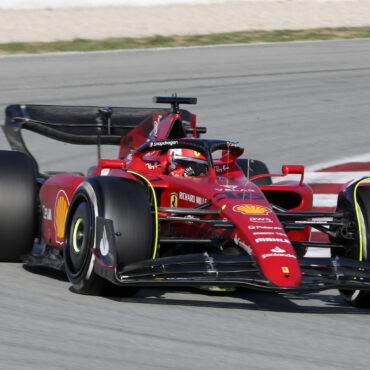