Police are looking at links between a number of stolen or attempted thefts of catalytic converters from cars in east Suffolk.

The Suffolk Force says there have been 12 incidents in Lowestoft, Beccles, Carlton Colville, Halesworth, Southwold, Worlingham, Brampton and Stradboke over recent weeks.

One incident took place at a business premises in Stradbroke in New Street on 23rd April where four vehicles had their cat converters stolen, an attempted theft of one took place in 27th April on Beccles Road in Lowestoft from a Renault Twingo van, on 28th April one was taken from a vehicle on Mobbs Way, while a further theft was reported on 28th April on Southwold Road in Halesworth and a second incident on the same day outside a property in Stuston. On 29 April on Ivy Lane in Carlton Colville a cat converter was stolen from a Renault Twingo van.

Meanwhile, during this month, one was taken from a vehicle on Westwood Way in Beccles at the Tesco car park on 4th May, an attempted theft of one was made on a vehicle in Elm Tree West in Lowestoft on 6 May, while on the same day at Westwood Way in Beccles one was taken from a vehicle and on the 10 May an attempt was made to steal one from a Honda Jazz on Station Road in Brampton. On York Road in Southwold on 17th May a VW Beetle had its converter stolen, while on the same day at a property in Worlingham a vehicle owner who had left her vehicle unattended returned to it and found someone under the car attempting a theft. When challenged the male gathered his tools and fled the scene. The suspect was described as a male in his late 20s or early 30s, with dark short hair, of a slight build and about five foot ,seven inches tall.

Officers are continuing their investigations and are exploring links between the incidents reported.

Any witnesses or anyone with any information about these incidents or who saw anything suspicious at the time should contact Suffolk police. 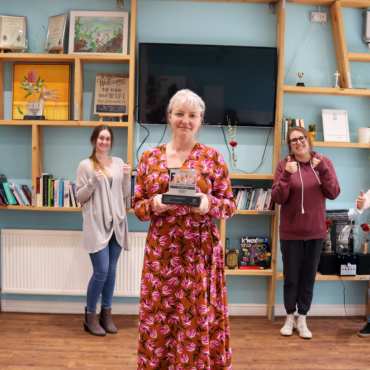 A Lowestoft based charity, which focuses on mental health and wellbeing support, has been recognised for its outstanding work during the pandemic. Access Community Trust, which has also expanded its team to 160 people and its essential food service PINK Orange - has won a world renowned employer award - the World Class Trip Star by Best Companies. Despite the many challenges Covid-19 has presented to their widespread support network, […]